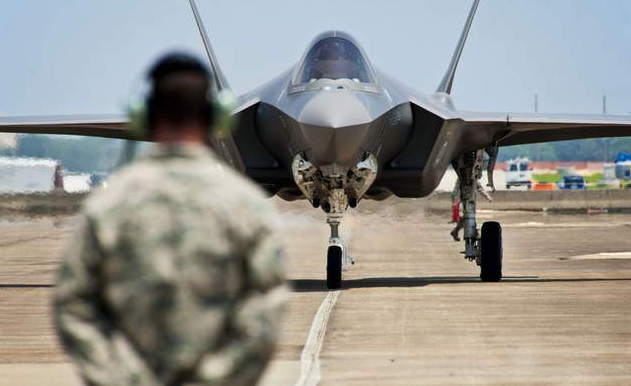 The new F-35 fighter jets are flying to The Valley, and R P Gas is pleased to be part of the welcoming party.

The F-35 Lightening II, which comes in three variants, will be the future of the U.S. tactical air support for decades. Glendale’s own Luke Air Force Base will be transformed into a training facility for these new jets, and R P Gas is excited to be assisting in their transformation.

Luke Air Force Base made the announcement of the new addition on their campaign website last month:

“Luke AFB will now have more F-35A’s assigned to its base in Glendale than any other installation in the Air Force. The announcement also paves the way for Luke to have a total of six squadrons totaling 144 F-35A jets when the base fully transitions to an F-35A training center over the next several years.”

Part of the transition includes the relocation and addition of new underground natural gas line system, which will provide power throughout the facility.

That’s where we come in.

R P gas began construction on this project at the beginning of March 2013 with our fleet of professionals, trucks and equipment that ranges from excavation and compaction, to safety and inspection equipment. We are fusing PE (polyethylene) gas lines, providing main shut off points, and metering locations to support the needs of the new facility and adjoining buildings with the plan of future expansion.

R P Gas was sought out by Archer Western Contractors who brought us on for our extensive knowledge in installing natural gas lines, our small business certification and our ability to conduct our self according to the strict safety guidelines and commitment to excellence required for a Federal project. The project is expected to continue through the end of the year.